I really enjoyed this project. It ended up being challenging, which made things more interesting.

The critique was very helpful. Everyone seemed to really like my art, which I thought was weird. I thought there were much better pieces on the wall but people kept going back to mine.

I liked how we did crit. I liked just picking one piece of art to talk about and rhetorically ask questions about. And then get up and talk about our own piece for a minute, and answer any questions.

The only thing I didn't like was grading ourselves. I thought that was kinda dumb, simply because it doesn't matter. It seems like a waste of time. 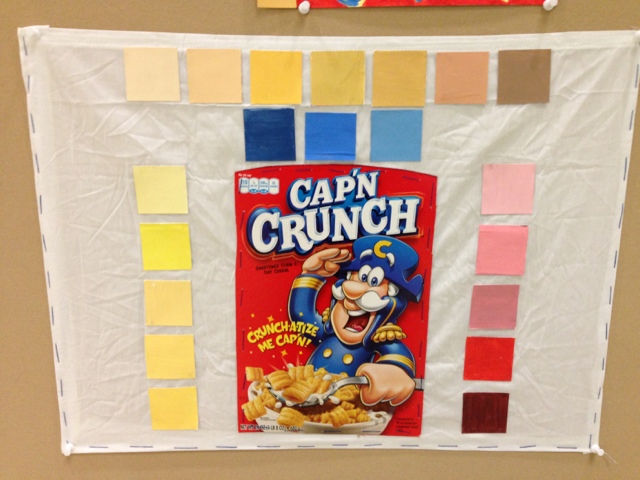 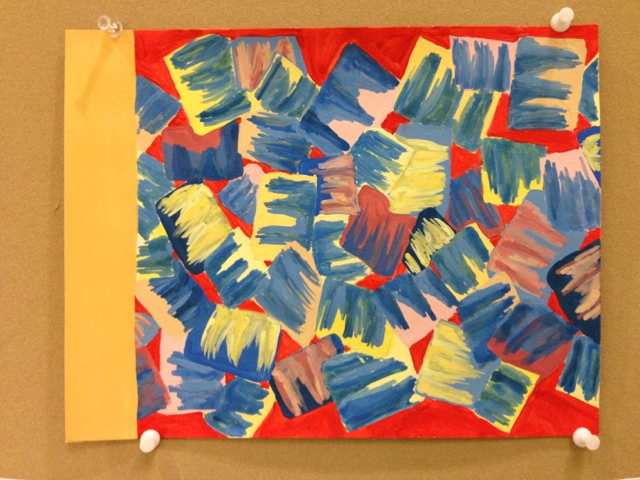 When you hear the names Kim Schoesnstadt and Alighiero Boetti, I highly doubt that anything pops in mind. But both of these people are artist - artist featured at the Museum of Contemporary Art Detroit.

Alighiero Boetti was an Italian conceptual artist, part of the movement called Arte Povera. He was born December 16, 1940 in Turin, Italy. After completing high school, he attended business school at the University of Turin. But he dropped out to pursue his work as an artist. But he was more than just an artist; he had a wide rage of interest including philosophy, alchemy, esoterics, mathematics and music.

He started his career in his late teens. Boetti firsts paintings were oil paintings, a lot like the works of painter Nicolas de Stael. But at 20, Boetti moved from Turin to Paris to study engraving. While there, he met art critic Annemarie Sauzeau, who he later married in 1964. They moved back to Turin and had two children. While there, he joined a close community of artist that were the basis of the Arte Povera movement.

During the mid 70's, he traveled all around the world. He really enjoyed non-western cultures, particularly Asia. He traveled to places like Guatemala, Ethiopia, Sudan, Afghanistan and Pakistan. Unfortunately, Boetti died of a brain tumor in Rome in 1994 at the age of 53.

His work with Art Povera really started in the 60's. Boetti began to create art from materials such as plaster, masonite, plexiglass, light fixtures and other industrial materials. These types of materials were not usually used in the arts. His first solo show was in 1967, in Turin. After his first few major shows, he began to expand his materials, using things such as ball pens and the postal system. He used his ideas of chance and order, as well as his ideas of non-Western traditions and cultural practices in his art work.


Kim Schoenstadt is even lesser known the Boetti. She was work in 1973 in Chicago IL. She grew up in Chicago, and received her BFA from Pitzer Colleger in California. She currently lives in Venice, CA. She has had many solo shows, especially in New York and Los Angeles. Other gallery and museum exhibitions inclde the Santa Monica Museum of Art and the Urban Institute for Contemporary Arts. She focuses on drawing and exploring the definitions of drawing.

Schoenstadt tends to look at things in layers. Her big series, the Fax Drawing Series, was created when she accidentally misloaded her fax machine and created a combination of discarded drawings and floor plans. She created architectural drawings that are overlapping images of different places. The way it is put together makes it look like it a single urban landscape.


Both artist have created many different works of art. Schoenstandt most recent series includes the Sight Line Series, San Fransisco 1, 2, 3, shown below. (SA2)


In the When Attitudes Become Form series in 1969, one of the pieces Boetti submitted was La Luna (the moon), 1969.

Both artists created successful works of art by using the elements and principals of design.

The elements of design are evident in both pieces. In SA2, line is the main part of the artwork. The lines created by the picture beneath, as well as the lines drawn in, work together to create a unified piece. Most of the lines are horizontal and vertical, with the exception of the lime green diagonal line on the right edge. In La Luna, most of the lines are horizontal. While there are also other types of lines, vertical and diagonal, the horizontal lines are the ones that stand out. They have the most prominence on the work.

Shape is only really evident in SA2. Most shapes are geometric; the piece is full of triangles, rectangles and squares. These shapes are found in both the picture and the drawing. While the shapes are more prominent in the drawing, the shapes in the picture fade into the background, subtly suggesting them. La Luna doesn't really have shapes. The only shapes are the long rectangles that are created by the horizontal lines.

The lines in both artworks create direction. In La Luna, the direction is strongly horizontal. But the subtle white vertical lines help create a very a feeling of chaos. The horizontal lines help calm the painting. SA2 is a lot like La Luna in the way it creates orderly chaos. The strongest direction horizontal, created by the lines of the flower stall. These lines are in the picture as well as the drawing. But also like La Luna, the vertical lines in the background add a bit of chaos. These lines are in the red stand and the buildings behind the flower cart.

The element of size is only used in SA2. The flower cart is the biggest part of the picture, dominating the artwork. Its size draws the eye to it, allowing the viewer to look first at the flower cart and then around at the background. La Luna doesn't really use size in anyway.

Gradation is strong in SA2. The dark solid shapes in the bottom and sides of the picture create a very dynamic gradation. La Luna doesn't really have any gradation.

Both SA2 and La Luna use repetition. In La Luna, everything is repetition. The horizontal lines are repeated down the page. Even though the in between lines are vertical and diagonal, they are set in a very orderly repetitious way. This creates more interest. SA2 uses repetition in two ways, one very distinct and one subtle. In the drawing part of the artwork, the flower stall uses repetition in the squares. They are monotonous, because they are all the same. The building in the background of the pictures uses squares in the same way.

Harmony is strongly used in La Luna. By the use of the similar elements - the horizontal and vertical line, the picture becomes visually satisfying. The use of similar shapes, like squares and rectangles is what makes SA2 harmonious.

SA2 uses dominance to create art that works. Dominance is easily spotted in SA2, the flower cart is the biggest of everything. It is in the foreground, demanding attention. The emphasis is clearly implied. La Luna doesn't use dominance at all; everything is the same and monotonous.

Both pieces of artwork work in their own ways. They are completely different, but both use pretty much the same elements and principals of design.